Share a memory
Obituary & Services
Tribute Wall
Read more about the life story of Irene and share your memory.

Born January 16, 1930 to the late Ernest and Lillian A. Mack of Saluda County, South Carolina, Irene was reared by her Aunt Ella in a Christian home where she learned the importance of prayer and education.  These strong values instilled in her catapulted her into a strong woman of faith and courage in life.  She attended Hampton Elementary and Middle School in Batesburg-Leesville, South Carolina where she excelled in all subject areas.  She gained the respect of her teachers and fellow classmates alike.

Irene would marry her late husband, Illinois Caldwell and to this union, seven children were born.  She was first employed by Rikard’s Nursing Home, Lexington, South Carolina.  Later, she was employed by Gilbert Public Schools where she worked as a Cafeteria Cook for 40 years.  She also worked diligently with the Gilbert Peach Festival for a total of 52 years.  She received numerous Outstanding Service Awards and certificates from work and community involvement throughout the years.  In 2004, Gilbert Primary School published a cookbook and dedicated it to her.  She served so many of the children good food, fun and friendship.

Irene joined the Saint Mark Missionary Baptist Church after marriage.  She served on many church boards and committees.  She held many official posts within these ministries.  She was a Sunday school teacher, Missionary Society member and President, Usher Board member and President and Mother of the Church.  She was an active member of the Friendship Baptist Association for many years.  She served on several building fund committees.  She utilized her skills, time and talents to help build up the body of Christ within the church.

Irene was affectionate to everyone, always willing to give a helping hand to anyone in need.  She was loving, kind, considerate and honest.  She lived a life of being straight-forward and forthright.  She was thorough, accurate and sharp, even in her senior years.  She was unmatched.

Irene was preceded in death by one son, Alphonso “Putney” Caldwell.

Those left to cherish her memory and celebrate her life include:  six children – Lourine Caldwell Chaplin of Batesburg-Leesville, South Carolina, Johnnie Lee Caldwell of Lexington, South Carolina, Melvin Caldwell, James Stanley (Ann) Caldwell, both of Columbia, South Carolina, Valencia D. Caldwell of New York, New York and Linda Gail (Kirk) Daniels of Bowie, Maryland; one sister – Celia Mae Davenport of Harrisburg, Pennsylvania; fifteen grandchildren, thirteen great-grandchildren, a host of nieces, nephews, cousins, other relatives and many sorrowing friends.  She will be deeply missed by all who knew her.

To send flowers to the family or plant a tree in memory of Irene (Mack) Caldwell, please visit our floral store. 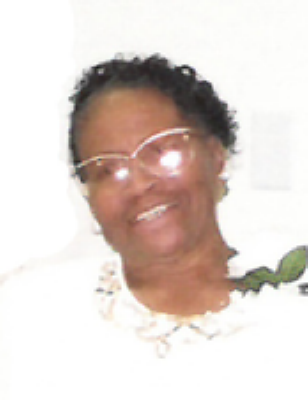