Share a memory
Obituary & Services
Tribute Wall
Read more about the life story of Jerrie'Me and share your memory.

Jerrie’Me Karveh Wright was born in Savannah, Georgia on October 10, 1986, to Clifford Wright, Sr. and Margaret R. Ubah.  On Tuesday, May 10, 2022, he departed this earthly life in Lugoff, South Carolina.  As a youth, Jerrie’Me attended the public schools of Jasper, Beaufort and Richland Counties, graduating from Columbia High School.  He furthered his education at Francis Marion University earning a dual degree, Bachelor of Science in Biology and Bachelor of Business Administration Management.

Being led by God’s direction, he went on to obtain a Master of Divinity degree at Morehouse School of Religion/ITC in Atlanta, Georgia; continuing his journey at Howard University in Washington, D.C. to work on his Doctor of Divinity.

While at FMU, Minister Wright served as the President for the Wesley Foundation and United Methodist Campus Ministry, Vice President for Habitat for Humanity, Secretary and Treasurer for the Lions Club International, Chaplin for Alpha Phi Alpha Fraternity, Inc., Vice President of Alumni Relations for Delta Sigma Pi as well as participated in several other community service focused organizations.

In 2018, Minister Wright returned to Lugoff, South Carolina and became a member of Bethlehem Missionary Baptist Church under the leadership of Rev. Marion O. Bennett. He later joined Mt. Pilgrim Baptist Church in Lugo ff, SC, under the leadership of Dr. Andrew Thomas where Minister Wright was last affiliated. He was instrumental in the youth ministry having a passion for children and helped with their tutoring program.

Minister Wright was a dedicated servant who was inspired to carry out the word of God. He believed that his faith in God gave him the strength to endure obstacles that sometimes seemed impossible and loved helping and encouraging others. As his story was written throughout life, he was constantly reminded that there would be, and were mountains that he would have to face. Still, he stood firmly on one of his favorite mottos, “If you have a high mountain, climb it by prayer or remove it by faith.”

In lieu of any type of donation including flowers, we are asking that you donate directly to:  THE JAMES R. CLARK SICKLE CELL FOUNDATION.  Please note in memory of Min. Jerrie’Me K. Wright.

To send flowers to the family or plant a tree in memory of Jerrie'Me Karveh Wright, please visit our floral store. 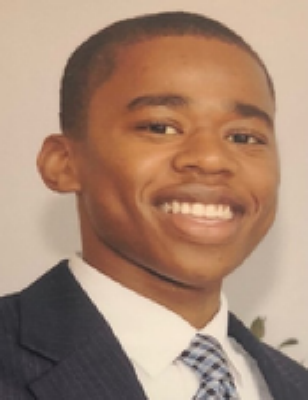